When trying to reach a goal, whether New Year’s resolution or otherwise, what works best for you? Coercing or compelling yourself? Promising, encouraging or goading yourself? Or maybe wishing? Do any of these words’ etymologies throw light on who you are or how you reach your goals?

The word wish came from the Old English word wyscan, meaning to strive after, wish, desire, or be satisfied.

To coerce is to control or restrain, & appeared in English in the1400s from the French word cohercer. It most likely came from a Proto-Indo-European word meaning to hold, contain or guard.

Compel comes from the Old French word compeller, which was derived from a Latin word meaning to drive together, to force.

The noun promise showed up in the 1400s, meaning declaration made about the future, about some act to be done or not done. The verb showed up within a century, meaning to send forth or foretell.

Encourage came to English in the 1400s from the French word encoragier, meaning to make strong or to hearten – it’s related to the word courage.

When it comes to resolutions, I find it fascinating that since the 1400s the first meaning of the word resolution has been a breaking into parts. Doesn’t our success in reaching some big goal almost always involve exactly that? No significant success is simple. By the 1540s, resolution’s adjectival sibling resolute picked up the meaning holding firmly.

What verb above helps you hold firmly to your goals or resolutions?  Striving? Containment? Force? Foretelling? Poking yourself with a spearhead? Are there other verbs I left out? Please let me know in the comments section.

My thanks go out to this week’s sources The OED & Etymonline.

The word(s) Christmas showed up in Old English in 1123 as Cristes mæsse. It’s no surprise that the first bit heralds from the word Christ, while the second comes from the celebration of mass. More intriguing to me are the arrival dates of the following:

Xmas, which I’ve always assumed is a tacky invention of modern Americans, actually showed up in 1551 in England, the X coming from the first letter of Christos in Greek. Before that, examples of Xrmas (beginning with the first two letters of Christos in Greek) occurred as early as 1100. It turns out we tacky Americans don’t hold responsibility for this one. That 1551 citing comes from the arguably erudite E. Lodge, British historian. 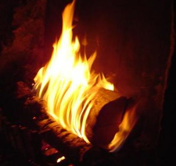 And who knew that yule & jolly are kissing cousins? Both appear to come from a pre-Christian winter feast known in Old Norse as jol. Jolly showed up in English in 1300 after jol made its way through French, becoming jolif, meaning festive, pretty, merry, or amorous, whereas yule (also born of jol) made its way through the Old English word geola, which meant Christmas day or Christmastide. Here’s hoping those amorous Old Norsefolk who gave us these words experienced many a jolly jol in doing so.

Please leave a comment, & whether you celebrate with friends, with family, or all by your lonesome, may your Christmas mass, your time around the Yule log, or your general jolliness be downright glorious.

My thanks go out to this week’s sources The OED & Etymonline.

Chanukkah & its friends
First, a big thanks to you. Last week’s hits were twice the usual. Who knew Dog idioms are a fascination of the culture?

Since this post is up right in the middle of Chanukkah (December 8 to December 16), let’s take an etymological glance at Chanukkah & a few Chanukkah-related words that have made their way into English.

I’ll start by noting that the spellings I’ve chosen for this post are those favored by Balashon– the Hebrew Language Detective. Do others prefer other spellings? Yes. Any time English steals from elsewhere (which is most of the time), spellings get funky. There you go.

Not surprisingly, Chanukkah, means consecration. It entered English at the late date of 1891 (linguistic anti Semitism at work, perchance?). Interestingly, Chanukkah was the proper name of Cain’s oldest son, the father of Methusaleh.

Menorah entered English about the same time (1886), meaning candlestick, from a Semitic term meaning to shine or give light. This word came from the Arabic word manarah or manarat meaning fire. The word minaret comes from the same root, which means there’s hardly an etymological degree of separation between minarets all over the world, from which Muslims are called to prayer, & the countless menorahs lit for Chanukkah.

Dreidel comes to English through Yiddish, & came to Yiddish through German. Not surprisingly, the root German word drehen means to spin. Its relatives include throw, torque, twist, & torment. This may shed new light on the idiom “she’s got her knickers in a twist,” though I’m not sure exactly what we can learn from that.

For as long as I remember I’ve had a fondness for the term Mazel tov. It came into English in 1826 from the Modern Hebrew term mazzel tob, which means good luck. This came from another Hebrew word mazzaloth, which refers to constellations, a connection to the understanding that one’s luck might be in the stars.

So, this Chanukkah, may menorahs burn brightly, dreidels spin nimbly, minarets do their good work, & may nobody’s knickers get in a twist over any of it.

My thanks go out to this week’s sources The OED,  Etymonline. & Balashon –Hebrew Language Detective

Dog Idioms
Last week we took an etymological look at dogs, hounds, pooches and the like. This week, it’s on to dog idioms, and the English language is rife with ‘em. I imagine this is a response exclusive to word-nerds, but reading any list of idioms simply makes me laugh. I hope this list gives you a giggle. 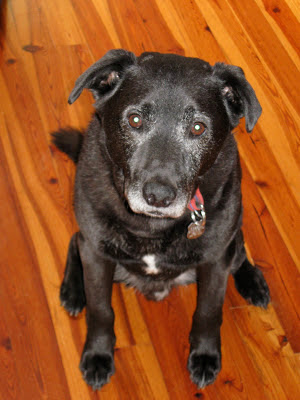 dog & pony show
shaggy dog story
as sick as a dog
like a dog with a bone
call off the dogs
dirty dog
dog eats dog
dog-tired
dog-eared
every dog has its day
raining cats & dogs
go to see a man about a dog
hot diggety-dog!
a dog’s life
let sleeping dogs lie
meaner than a junkyard dog
put on the dog
tail wagging the dog
hair of the dog that bit you
life in the old dog yet
you can’t teach an old dog new tricks
in the dog house

My thanks go out to this week’s sources The OED & Etymonline. The Free Dictionary, Cesar’s Way