On my little part of the globe, spring has arrived. I can almost hear my mom saying, “Spring has sprung, the grass has ris. I Wonder where the flowers is.”

Our English word spring is somewhat unique when it comes to labeling the season between winter and summer. Two French terms and one Latin one referring to that same
season, printemps, primevère, & tempus primum, mean first time, or first season. The Danish word voraar and the Dutch word vorjar both mean fore-year. The German word Frühling, and Middle High German word vrueje both mean early. The Haitian Creole folks put a different spin on their equivalent, with sous, meaning source. All of these, however, have to do with firstness, earliness, beginnings. 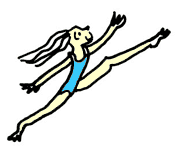 The English word spring, which became popular in the 1540s, once springing time went out of vogue and long after the Old English springan had faded away, focuses on something entirely different. The season spring sprung forth from the verb spring, meaning to leap, burst forth or fly up. It came from Proto-Indo-European, sprengh, which meant rapid movement. Its Sanskrit & Greek equivalents, sprhayati  & sperkhesthai meant desires eagerly, & to hurry.

What do you suppose was up with those Englishfolk, breaking with linguistic tradition & associating the first, the early, the beginning season with active, radical concepts like leaping, bursting forth & flying up?

In this week’s comments section, I hope you’ll note some plans for your spring, or some thoughts about spring, or maybe even an English-inspired wacky way to spell spring…

My thanks go out to this week’s sources the OED, Wordnik,, Etymonline,

Napkin & its many relations

Napkin & its many relations

Who knew the unassuming word napkin was part of such a large, disparate family?

Napkin entered English in the 1400s from the Old French word nape, cloth cover, towel, or tablecloth combined with the Middle English suffix –kin, meaning little. The French got the root from the Latin word mappa, short for the Medieval Latin term mappa mundi, map of the world. The somewhat unlikely connection apparently derives from the fact that at that time maps were often drawn on tablecloths (I find no connection to the word divorce, though I imagine this map-on-a-tablecloth practice led to some robust interspousal arguments).

So, napkin is related to map.

In the late 1400s, mappa’s brother-word mappe made its way into English, meaning bundle of yarn tied to a stick for cleaning tar from a ship’s deck. Over the years this word morphed into mop.

Another somewhat likely sibling of napkin is moppet, which came to English about the same time in the form of moppe, meaning little child, or baby doll, which, in time picked up the diminutive suffix, -et.  When it first entered English it also meant simpleton or fool. This other meaning dropped out within a century or two. Etymologists are pretty sure the little child or baby doll meaning came through the use of recycling napkins & tablecloths into rag dolls (no doubt after some unthinking spouse had drawn maps all over them).

Another napkin relative comes from the Latin word mappa, through the Old French word, naperon, or small table cloth. It entered English in the 1300s as Napron, though today we know it as apron. Over the course of three centuries, napron lost its initial n due to confusion around the use of the English article an:  “a napron” sounds about the same as “an apron.” Voila! The mystery of the disappearing n has been solved.

Another relative of napkin is probably due to an early 1700s London dry-goods dealer by the name of Doiley. Apparently s/he produced a wool product known as a doily-napkin. Over time, the doily-napkin shed its surname and became simply, the doily.

Good followers, I challenge you to come up with a ridiculous sentence using as many napkin-related words as possible. Leave your sentence in the comments section & we’ll all get a good laugh.

My thanks go out to this week’s sources the OED, Wordnik,, Etymonline,
Posted by CS Perryess at 6:41 PM 3 comments:

Knives, forks & spoons
We use them every day, but do we appreciate their etymologies? Hopefully this entry will help.

The word spoon originated in Proto-Germanic as spaenuz, which initially referred to a wooden chip or shaving. It entered Old English as spon. By the 1300s, spon began to mean wooden spoon, though its German cousin (also spelled spon), meant cooking spatula.

Fork came to the language before the 1300s in the form of forca, & meant a forked instrument used by torturers. This word came from the Latin word, furca, which meant both pitchfork, & fork used in cooking. Since English folk didn’t start eating with forks until the 1400s, the English form of the word initially shed its culinary meaning. It is also apparent that the English employed the otherwise pastoral pitchfork in some unsavory ways.

Knife has a somewhat two-pronged entry into English (har har). Knife may have entered Old English as cnif from the Old Norse word, cnifr, which came from the Old German word knibaz. These words all referred to some sort of blade. The Dutch word knijp, German, kneip, or French canif, all referring to a small blade like a penknife, may have also spawned the English word, knife. Hardworking linguists are still puzzling over which came first, the knife or the, well, knife.
Here are some utensil-inspired idioms:
1610 spoonfeed
1711 jack-knife
1799 spoon (meaning simpleton)
1801 to be born with a silver spoon in one’s mouth
1831 fork up / fork out / fork over

I’ve intentionally left out several utensil-inspired idioms in hopes that you might suggest some in the comment section. After all, I wouldn’t want to spoonfeed you.

My thanks go out to this week’s sources the OED, Wordnik,, Etymonline,
Posted by CS Perryess at 7:49 PM 5 comments:

Awesome
In celebration of March 10, the International Day of Awesomeness (I kid you not), here are some etymological tidbits regarding awesomeness (or as some might say, awesomnosity).

Inspiring awe, admiration or wonder is the modern definition that motivated Kevin Lawver to instigate the International Day of Awesomeness, but awesome has not always been cool waves, stunning sunsets & killer concerts. Its root, awe, started out on the dark side.

Awe came from the Proto-Indo-European word agh-es, which grew into the Gothic word agis, fear or anguish, & its German cousin agiso, fright or terror. Awe entered Old English as ege, simply meaning fear. By the 1300s it had become aghe. Three centuries later, the gents who pulled together the King James Bible used awe to mean fear mixed with veneration, & it is those gents we can thank for awesome’s positive makeover.

Inspired by “the myth of Chuck Norris” (as opposed to the man, Chuck Norris), The International Day of Awesomeness can be celebrated by any & all of us, because “People are awesome every day, frequently don't realize it, and their feats of awesomeness are rarely recognized.”

Join in on the fun. Go out into the world & be awesome.

But before you engage in your own brand of awesomnosity, please visit the comment section, & indulge me by explaining one positive action you’ll take this week to increase the general level of awesomeness in the world.

My thanks go out to this week’s sources the OED, Wordnik,, Etymonline, & Day of Awesomeness
Posted by CS Perryess at 5:02 PM 6 comments: