English is filled with words that appear to be related, but, as Ira Gershwin suggested, “It ain’t necessarily so.”

For instance, shouldn’t taut have some sort of relationship with taught? Taut showed up in the 1200s, spelled tohte. All this time it has meant stretched or pulled tight. Chances are good it came from on Old English word meaning to pull or drag, which also eventually led to the words tie, tow & duke (no kidding). The word taught also came from Old English, but its root word was spelled tahte, the past tense of taecan, to teach. As much as these two homonyms sound identical, it turns out the commonalities they share are 1) they both originated in Old English, & 2) neither one has changed meaning for centuries. 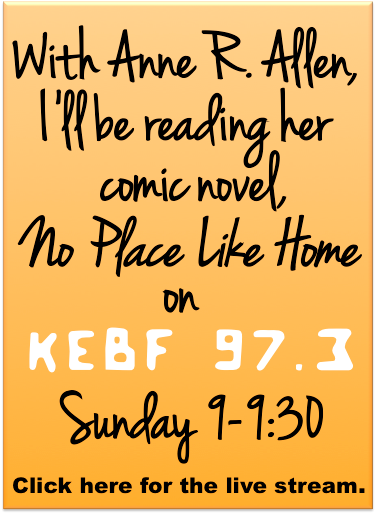 http://esterobaycommunityradio.com/
Another pair of confusion-creating homonyms is immanent & imminent.  The first came from Latin through French in about 1530 and means indwelling or inherent. Its root word immanere meant to dwell in. Imminent, which came from Latin through French about the same time, means near at hand or impending. Imminent was formed by adding im- (meaning in) to minere (jutting out).

Principle seems as though it should be related to principal. Showing up in the 1200s, principle meant origin, source, or elemental aspect. It came from the Old French word, principe, which started off as the Latin word principium, meaning beginning, origin or foundation. And surprise, surprise, our modern word principal actually did come from the same Latin source, but while travelling through French it became principal, meaning dominant, main, or most important. Heading further back into that particular Latin family tree we also find words that have grown to become our modern words prince & prime.

And what’s up with violet & violate? Those two words together hardly seem appropriate. Showing up around 1300, the word violet came through Old French from the Latin word viole, which referred both to the flower we call the violet & its distinctive color. On the other hand, the word violate appeared about a century later from the Latin word violatus, meaning to treat with violence, dishonor or outrage. And while we’re on that note, how about the violin, the viola & the bass viol? These words all came from Latin through French, too, but the Medieval Latin grandmother word was vitula meaning a stringed instrument, probably inspired by the Roman goddess of joy, Vitula (whose name also provided the beginnings of the word fiddle).

Good readers, what other pairs of words do you think ought to be related? Please, mention them in the comments section. I’m hoping to do a second post featuring your suggestions.

My thanks go out to this week’s sources: OED, Etymonline, & Wordnik,
Posted by CS Perryess at 6:24 PM 4 comments:

Some things we should not call one another

Some things we should not call one another

Please join me in enjoying a few carefully chosen, not terribly disgusting put-downs:
A blighter is a contemptible fellow, one as terrible as a disease, a parasite, one who inspires blight. Though blighter, which came to the language in 1822, clearly comes from the word blight, which entered the language in the early 1600s, the origins of blight are unknown. Some etymologists lean toward an Old Norse origin of a word meaning to become pale (blikna). Others have suggested it may be a form of the Old English word blaece, a scrofulous skin condition.

I have ignorantly always assumed the put-down cretin voiced someone’s negative opinion of the people of Crete. Wrong. Cretin, which is a slight against someone’s intelligence, actually comes from the Swiss French word crestin, which meant Christian. Apparently, somewhere in the Alpines there was a high incidence of a thyroid condition that severely limited its victims’ mental and physical growth. By a fluke, the region also happened to be the home to the earlier Christians in the area, thus the connection.

During World War II, the term dirtbag was used to refer to the garbage collector. In time, the term extended to refer to a filthy, vile, sleazy, grimy, or disreputable person.

Flibbertigibbet entered English in the 1540s, and referred to a flighty, chattering gossip – usually but not always a woman. It comes from the earlier term flibergib, which referred to the gossip or nonsense itself.

Looking into the various theories (mostly stated as fact) regarding the etymology of the word freak could, well, freak one out. Experts agree that freak seems to have shown up in the 1560s, originally meaning a sudden turn of mind. Oddly, I don’t find evidence of etymologists duking it out over this one. Each school of thought simply states its case as true. A short list of “proposed” origins follows:
-from Old English frician, to dance
-from Middle English freike, a bold man, warrior or
creature
-from Middle English frek, bold, quick
-from Proto-Germanic, freko, active, eager man,
warrior or wolf
-from Old English frec, greedy or gluttonous

Today, a frump is a dull, cross & unstylish person. Frump came to English in 1600s meaning a sneer, jeer or hoax, probably from the noun frumple, a wrinkle.
I have hopes that this probable source is true, as I love the idea of a word meaning wrinkle referring to each of those three very separate ideas: a sneer, a jeer, & a hoax.

Dear followers, I’m certain you’d never use such words on living, breathing, people. However, many of you are writers & readers. I’m hoping you’ll leave a comment connecting a fictional character with one of these words.

My thanks go out to this week’s sources: OED, Etymonline, & Wordnik, & Hugh Rawson’s book Wicked Words
Posted by CS Perryess at 7:11 PM 7 comments:

This week’s words and idioms all have some connection to the idea of humor or laughter. Though some may instead inspire a wrinkled brow, I have hopes they’ll inspire a cackle, titter, or guffaw.

When we try a joke that doesn’t have the desired affect, we refer to this as laying an egg. This term was born in the late 1800s. Its origin is due to the fact that hens make a big deal of laying an egg, with much squawking & clucking, though their peers appear unimpressed.

In the 1570s the word corny came to English from the Sanskrit word jirna, which meant old & worn out. Corny can mean old fashioned, mawkish & sentimental, uncool due to a failed attempt at coolness, trite, or an attempt at humor that falls flat.

The word comedy entered English in the late 1300s, through French from the Greek komodios, meaning village singer. Though the village singer might have sung any sort of song, somehow the funny ones have lived on etymologically.

Centuries ago when Romans were doing what Romans did, that included plowing the fields. When a farmer was unable to plow in a straight line, his work was referred to as de lire, meaning off track, out of line. In the 1590s this Latin term made its way into English as delirious & delirium, as someone experiencing delirium is off-track and has a tough time returning to his/her plow to the furrow.

And what’s funnier than a pun? Entering the language in 1826, the funny-bone is exactly that. Not only does a good whack on the elbow make us feel funny, the elbow is positioned at the end of the humerus. Ha! And again I say Ha!

This next one isn’t really about a laughter-related word, but I’m including it because upon reading this etymology, I laughed. In the sport of horse-racing, skittish horses can often be calmed by placing a goat in their stall (who knew?). In the early 1900s, nefarious jockeys would steal their opponent’s horse’s calming goat in hopes of increasing the edginess of the opponent’s horse while increasing the likelihood the nefarious jockey might win. This practice gave birth to the idiom getting one’s goat.

In the 1630s, English speakers began using the term sardonic laughter to refer to laughter that wasn’t genuine and might seem a bit stretched. This comes from a Greek term that defined the twitchy, stretched-smile symptoms people displayed after eating a particular plant from Sardinia. The symptoms generally ended in death.

On a nearly lighter note, the idiom tickled to death comes from a myth regarding a method of torture said to have been used in China. Better than dying from eating a Sardinian plant, but still, not a great way to go.

Any giggles, titters or guffaws?

My thanks go out to this week’s sources: OED, Etymonline, & Wordnik, & Jordan Almond’s Dictionary of Word Origins
Posted by CS Perryess at 7:59 PM 3 comments:

In last week’s post we considered the words tedium, tedious, lackluster, feckless, snooze, & soporific. This week, as northern hemisphere teachers & students approach or reach that final tedious week of the school year, we will continue in that vein.

Dawdle probably came to English in the 1650s in reference to a bird perceived as silly and foolish, the daw. Then again, dawdle may simply be a variant of daddle, to walk unsteadily. No matter its origins, many folks embrace dawdling during this time of the school year.

In 1794 the word otiose entered the English language. It came from the Latin word otiosus, meaning unoccupied, not busy, or having leisure. It appears to have no relationship at all to the word odious, also of Latin origin, but meaning offensive, unpleasant & hateful.

The phrase to twiddle one’s thumbs first appeared in English in 1846, though its precursor, twiddle, meaning to trifle, showed up as early as the 1540s. Twiddle’s origin is unknown.

In modern usage, dreary means dull, boring, or causing sadness or gloom, & though its original meaning may have been cause for sadness, it was far more dramatic. Dreary comes from the Old English word dreorig, which meant cruel, gory or bloodstained. Its first English usage occurred in Paradise Lost in 1667, & meant dripping blood. I’m guessing that students in their last class of the year & teachers attending that final faculty meeting might be able to make the connection.

Back in 1897 the word slacker entered the language, meaning one who shirks work. It appears to be related to the Old English word sleacornes, which meant laziness. Though the word was re-popularized in the 1990s, slackers have been around forever & for nearly 120 years we have had the word slacker to identify them.

Slackers, otiosity, dreariness, dawdling & thumb-twiddling might all inspire a feeling of world-weariness, melancholy, or pessimism. And, what a surprise, we have a word for that, too. The word weltschmerz arrived in English in 1863 from German, meaning world-pain or world-woe.

So, good readers, when faced with slackers and thumb-twiddlers, or when finding yourself among them, how do you avoid a raging case of weltschmerz?

My thanks go out to this week’s sources: OED, Etymonline, & Wordnik, & Sloth – A Dictionary for the Lazy,
Posted by CS Perryess at 6:23 PM 4 comments: