Back in 897, the English word that applied to any kind of dog was hundas, which soon changed to hund, & later to hound. Hound reined supreme as the overall word for canines, until it was usurped by an unlikely candidate, a word with no known origin, a word which in 1050 referred to a powerful, large breed of dog (nobody’s even sure what breed that was). The mysterious usurper was dog. In a mere three centuries, hound had been relegated to mean only dogs used for hunting, while dog took its place as the generic term for canines. I find it intriguing that though the word dog takes up a full three pages in the OED, nobody is sure of its origin.
And wouldn’t you think the Latin synonym would pre-date most of the others? Not so. Canine came to English in the 1500s from Latin, through French, but acted for over three hundred years exclusively as an adjective meaning doglike. It wasn’t until 1869 that canine made its way into the world of English nouns.
Mutt offers more mystery. Though mutt first entered American English in 1901 meaning stupid or foolish person, it gained the meaning of mongrel dog by 1904. Though etymologists can’t find a connection between them, it’s assumed the first meaning may have come from the contemptuous word muttonhead, which made a brief appearance in the early 1800s referring to a dim person. This usage has mysteriously disappeared since, though it’s such a lovely word, I’d be pleased to see it re-appear on the linguistic scene.
Oddly, the English word pooch & the Spanish word perro, are also of unknown origin. Thank heavens for cur & puppy, whose origins are clear. Puppy came to English meaning a woman’s small pet dog. It came from the Middle French word poupée, meaning doll. Though the word cur now clearly eschews the nobility of the dog in question, cur originally was attached to no such prejudice. Cur first arrived in English in the 1300s & is onomatopoeic, mirroring the growl of a dog.
Followers, what have you to say about all these dog-related mysteries? Also, are you with me in my hopes of reviving the word muttonhead?

My thanks go out to this week’s sources  Merriam Webster Online, The OED & Etymonline.
Posted by CS Perryess at 8:44 PM 3 comments: 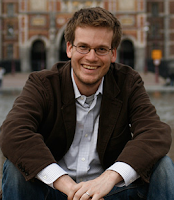 The Fault in Our Stars is a teen novel that’s getting tons of buzz, for good reason. I’m clutching the coattails of my book maven pal Lynn Becker in her prognostication that  the brilliant & unflappable John Green will be this year’s Printz winner for The Fault in Our Stars. I highly recommend the book.
But Wordmonger is all about words, not books. So, here’s a wordly quiz. Please enter your answers in the comments section.
1.    The title The Fault in Our Stars was inspired by one of Shakespeare’s lines.
1a. What Shakespeare play inspired the title?
1b. What character offered the prediction?
1c. What was the original line?
2.    Following are the meanings behind some idioms that use at least one word from the title of this book. State each idiom:
2a. to be obsessed with show business or be generally dazzled or enraptured
2b. to pinpoint things that are wrong with someone or something
2c. to experience flashes of light after being hit in the head
2d. to be overly giving by nature
2e. a phrase describing a person who is liable for a particular situation
2f. to feel gratitude
3.    Which of the following is NOT an anagram of The Fault in Our Stars?
3a. lustrous faintheart
3b. tantaliferous Ruths
3c. frustrated snout ale
3d. fortunate stair lush
3e. this foul restaurant
3f.  that furniture lasso
3g. resistant author flu
Please enter your answers (or comments, of course) in the comments section.

My thanks go out to this week’s sources, NTC’s American Idioms Dictionary, 1987 & The Anagram Engine

Isaac Bashevis Singer
For a change of pace, I’d like to celebrate a writer, generally fascinating chap & certifiable mensch during the month of what would be his 110th birthday. 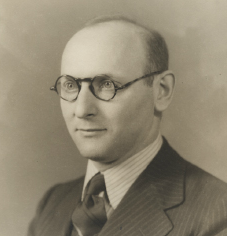 Isaac Bashevis Singer once wrote, “When I was a little boy, they called me a liar, but now that I am grown up, they call me a writer.”
He wrote countless short stories & any number of novels, some arguably memoir. Many of his stories featured holocaust survivors &/or the struggles & joys of the lives of Jews & searchers. Miraculously, Singer spent all those years pondering sadness, disappointment, torture, inequity & cruelty, yet managed to hold onto hope. He won the 1978 Nobel Prize in Literature, two National Book Awards, countless other awards, & the love of many readers.
A smattering of Singer wit & wisdom follows:
“If you keep on saying things are going to be bad, you have a good chance of being a prophet.”
“The waste basket is the writer's best friend.”
“There will be no justice as long as man will stand with a knife or with a gun and destroy those who are weaker than he is.”
“For those who are willing to make an effort, great miracles and wonderful treasures are in store.”
“Kindness, I've discovered, is everything in life.”
On that last note, followers, please chime in with one kind thing someone has done for you lately.

My thanks go out to this week’s sources, The Library of America & Goodreads
Posted by CS Perryess at 6:44 PM 6 comments:

Veterans? Remembrance? Armistice?
What we Americans now call Veteran's Day & our friends across the pond call Remembrance Day, was initially called Armistice Day.
Armistice Day was declared when the "War to End War" finally came to an end (at 11 AM, November 11, 1918).
The word armistice entered English in its Latin form, armistitium in the 17th century, taking a few decades to become Anglicized into armistice by 1707. The initial bit, arm- referred directly to arms (as in taking up arms), while the latter part, -stice, meant a stopping or cessation. By the time the WWI Armistice was signed, the concept of brevity had been added to the definition, a brief cessation in hostilities. I find it sadly intriguing that we ended the War to End Wars by stopping our hostilities briefly. The national holiday in America was declared in 1938.
After World War II, Remembrance Day was established in Britain, coinciding with the Yank's Armistice Day. The word remembrance showed up in English in the 12th century, coming through French from the Latin word rememorari, to recall to mind, to remember, to be mindful of.
By 1954, Americans renamed Armistice Day Veterans' Day, to include all those who fought after we ended war earlier in the century. The word veteran appeared in English in the 16th century, through French, & Latin. It meant old. Though the Latin word veteranus applied to anything or anybody with “much life experience,” the term settled over time on experienced soldiers.
Here's a tidbit of the 1938 Congressional resolution: “Whereas it is fitting that the recurring anniversary of this date should be commemorated with thanksgiving and prayer and exercises designed to perpetuate peace through good will and mutual understanding between nations…”
May November 11th find us all perpetuating peace through good will and mutual understanding.
I welcome any thoughts or comments on all this.

My thanks go out to this week’s sources, Etymoniline.com, The OED & Department of Veterans’ Affairs.
Posted by CS Perryess at 8:21 PM 2 comments:

I must admit, I find humor in the fact that last week’s post covered demons & devils, & this week’s post moves to politics.

The word Election came to English in the late 1200s, from the French word elecion, meaning choice, election or selection. This term came from the Latin word electionem, which has its roots in the Latin word legere, which meant to choose, or read. I’m inclined to think that with teleprompters, handlers, editing, and the inherent bias of media, it’s becoming increasingly difficult to get a truly good read on candidates.

Vote entered English in the mid-1400s, & comes from the Latin word votum, a vow, wish, promise or dedication. This suggests a much more active role than most modern Americans appear to understand. Imagine the difference in mindset if we all envisioned each vote as a promise or vow.

While researching vote & election I stumbled upon the term suffrage, which has always intrigued me. Suffrage came to English in the 1300s and meant prayers or pleas on behalf of another. It comes from the Latin word suffragium, which refers to the right to vote or to lend support. Prayers, pleas, & support seem to reflect a different understanding of voting, again, an understanding closer to the idea of a promise or vow. Interestingly, suffrage also suggests the elections of the past weren’t entirely sweet & light, as the word parts that add up to suffragium are sub- & -frangere, which respectively mean under & shouting.

The word ballot comes from Italian word pallotte, or small ball, due to the Venetian practice of voting by casting a particular colored ball into a bowl or basket. From this we have the term to blackball.

Dear followers, please have something to say this voting season. Here on Wordmonger, you can feel safe, free from shouting & blackballing.

My thanks go out to this week’s sources, Etymoniline.com, The OED & The Ottawa Citizen.
Posted by CS Perryess at 7:57 PM 5 comments: