We have some intriguing ways of referring to those in our world who hold more wealth than the rest of us.

Elite came to English in 1823 from French, meaning a choice or select body, the best part. Its French source came from a Latin word meaning choose.

Swank came to the language in 1913, meaning classy or stylish. It appears to have come from the Proto-Germanic word meaning to swing, turn or toss. Linguists suggest that those with means may have been perceived to swagger, an act that might involve a bit of swinging, turning or tossing.

Nobody knows for certain where posh came from, but it showed up in 1914. Folk etymologies tell the tale of wealthy travelers who insisted on the very best cabins ships sailing from England to India had to offer, creating the acronym posh: port outward, starboard home, as such cabins would keep the travelers out of the sun on both stretches of the voyage. Though it’s a fine & plausible tale, etymologists can find no evidence to support the claim. A more possible source is the now-lost Romany word, posh, which meant half & was used by London street folk in the early 1800s to refer to a half penny. Posh was apparently also used to refer to passersby perceived as dandies. The etymological posh jury is still out.

In 1872 the term well-heeled appeared in America, meaning both having much money & being well-armed. In the mid-1800s in cock-fighting, a well-heeled bird had sharp spurs, allowing it to inflict maximum damage on its unfortunate opponents. Further back, 1817 a well-heeled Brit was one of the lucky folks who owned shoes.

Though it might appear that the Old French word riche, meaning wealthy & sumptuous, is the source of our modern word rich, it was actually the Old English term rice, meaning strong, powerful, of high rank, that gave birth to rich. The Old French word riche influenced how people used the word, but rich really started out as a word of power & strength. Intriguing, eh?

So good readers, was any of this surprising, unlikely, or worthy of remark?

Big thanks to this week’s sources: Merriam Webster, Wordnik, Etymonline, & the OED.
Posted by CS Perryess at 7:40 PM 4 comments: 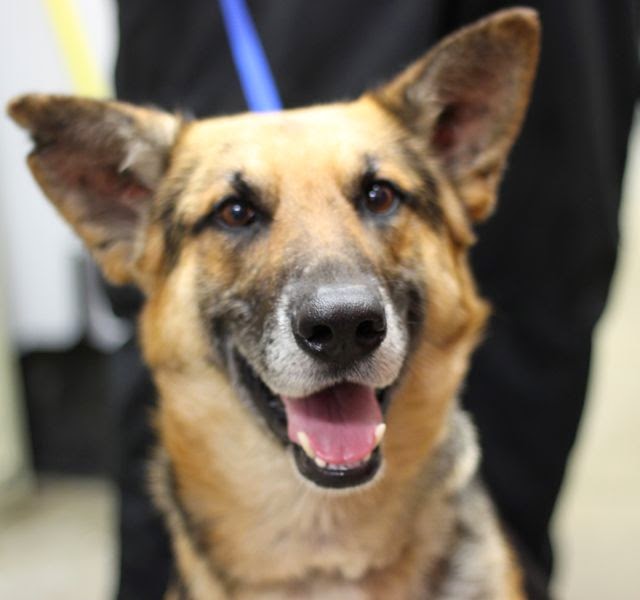 Meet Amigo. He moved in about a month ago as the latest in a long line of my wife Ellen’s foster dogs (100+ & counting). Those involved in the Big World of Dog Care wouldn't yet apply to word rescue to Amigo just yet, though others often use the words interchangeably.

Foster came into English so early it was Old English, meaning food, nourishment, bringing up. It appears to have come from the Proto-Indo European word, pa, meaning to protect and feed. Pa also appears to be the source of the word food. In English, as early as the 1200s, foster meant to bring up a child with parental care. By the 1300s, foster added the meaning to encourage or help grow. These meanings apply pretty well to Amigo. He’s definitely getting nourishment, both edible and emotional. He’s getting some parenting he hadn’t previously received, & he is definitely receiving encouragement. Though the dictionary doesn’t label fostering as temporary, it is considered temporary in the Big World of Dog Care. A foster dog is being nourished and encouraged by its foster family until a life-long home can be found. This doesn’t always work out (a story that can be better told by the three “failed” foster dogs asleep in our house as I type).

On the other hand, the verb rescue came to English from the French word rescorre in the 1200s, meaning to protect, keep safe, free, or deliver. The French word came from Latin, & is related to the word quash, (in simplified terms, rescue means ex-quash). The associated noun showed up in English about a century after the verb. Though it could be informally said that Ellen rescued Amigo from the pound, those in the Big World of Dog Care save the word rescue for the 501c3 non-profit groups that pull critters out of pounds and shelters, house them & promote them to those who might eventually adopt them. Sounds a lot like fostering, but to all those hardworking people shuffling animals around, there’s a big difference.

Any thoughts about rescuing, fostering, or quashing? Leave them in the comments section.

Big thanks to this week’s sources: Merriam Webster, Wordnik, Etymonline, & the OED.
Posted by CS Perryess at 7:39 PM 9 comments:

Saturday, March 14 is National Ask a Question Day. We’ll celebrate by taking a somewhat broad-brush look at the subject.

Speaking of broad-brushes: Indira Gandhi said, “The power to question is the basis of all human progress,” whereas L.E. Landon wrote, “Curiosity is its own suicide.”

The noun question came to English in the early 1200s, meaning a philosophical or theological problem. In the next century it added the meaning a difficulty or doubt, and by the 1500s we could use question as a verb. If we look back a bit further, things get a little dark. Question came from an Old French word meaning difficulty, problem, legal interrogation, or torture, which causes one to wonder about those Old French folk, as quaestionem, the Latin source of the Old French word, simply meant a seeking, a question, or judicial inquiry.

Free of that more menacing shade of meaning is the synonym query, which came to English in the 1500s as a noun meaning a question, from the Latin word quaerere, meaning to seek, strive, endeavor or demand. Query became a verb in the 1600s, meaning simply, to question.

We’ll close off with author Fran Lebowitz’s addition to the conversation:

“Children ask better questions than do adults. ‘May I have a cookie?’ ‘Why is the sky blue?’ and ‘What does a cow say?’ are far more likely to elicit a cheerful response than ‘Where’s your manuscript?’ ‘Why haven’t you called?’ and ‘Who’s your lawyer?’”

Please use the comments section for any questions (or answers) about questions.

Big thanks to this week’s sources: The New Beacon Book of Quotations by Women.  Merriam Webster, Wordnik, Etymonline, & the OED.
Posted by CS Perryess at 7:49 PM 5 comments:

This week we’ll be celebrating the birthday of Olympic high jumper, Dick Fosbury by looking into the word flop. Fosbury made history (& a big splash) in the 1968 Olympics by earning the gold medal with his unconventional high jump method, known ever since as the Fosbury Flop.

Flop’s earliest appearance in English occurred centuries before Dick Fosbury, about the year 1600. It meant to flap, & appears to have been derived from the word flap, which came to English two hundred years earlier.

In 1823 flop established itself as a noun, so that when something flopped, the noise involved could be labeled a flop.

The meaning to fall or drop heavily was added to flop’s arsenal of meaning in 1836.

By 1893 flop picked up the meaning a failure.

By 1836 flop gave birth to the more jocular term, flopperoo.

Another meaning, complete failure, came about in 1893.

In 1900 the term flip-flop showed up, meaning a complete change in direction.

In 1902, Beatrix Potter’s The Tale of Peter Rabbit was published, featuring the risk-taking antics of Peter & the rule-following ways of his good little siblings, Cottontail, Mopsy and Flopsy.

The word flub, derived from flop, joined us in 1920, meaning a botch or bungle.

The sound of plastic sandals was responsible for the 1970s term, flip-flop. Interestingly, the term flip-flap had been used to echo that same sound since 1520.

This week, to celebrate Dick Fosbury’s 68th birthday, please spend a little time appreciating the word flop:
-take a stroll in plastic sandals
-watch a truly bad movie or play
-change your opinion
-at the end of a long day, fall or drop heavily into bed
-or leave a comment right here about all this floppishness

Big thanks to this week’s sources: Merriam Webster, Wordnik, Etymonline, & the OED.
Posted by CS Perryess at 6:35 PM 5 comments: