Last week’s post on various words for gatherings got me thinking about what goes on at gatherings, which led me to consider the myriad words we have for talking.

The word chatter showed up in English in the 1200s, an echoic term referring to the noise of birds. In less than a century, chatter had broadened to refer to gossiping or twittering (how many modern folk might suggest that Twitter is nothing but gossip?). Today, chatter’s definition is incessant talk of trivial subjects.

A lengthy or extravagant speech intended to persuade is called a spiel. It comes from the German word spielen, to play, and showed up in English in the 1870s meaning to play circus music. By the 1890s it began to mean to make a glib speech or pitch.

Since the 1400s English speakers have used the verb blab, which came from a Middle English noun meaning one who cannot control his tongue. Our friends at the OED state “the word was exceedingly common in the 16th and 17th c.; unusual in literature since c 1750.” Today blab means to reveal secret matters or chatter indiscriminately.

The word prattle, which showed up in the 1530s came from the verb prate, which came from a Middle Dutch word meaning to chatter. Today prattle means to babble meaninglessly.

We call a long angry speech, piece of writing, or harangue a screed. This meaning of screed appeared in 1789, but back in the 1300s the word screed meant a fragment or strip of cloth. How a fragment grew to refer to something long & monotonous is a question for minds better than mine.

Any thoughts about chattering, blabbing, prattling, spiels or screeds? Please leave those thoughts in the comments section.

Big thanks to this week’s sources: Wordnik, Etymonline, Merriam Webster, & the OED.
Posted by CS Perryess at 8:02 PM 7 comments:

The word came to English in 1871, meaning a dance, party, or lively gathering. It appears to have come from the word shindy, a spree or merrymaking. Though nobody is certain, shindy may have come from a hockey-like Scottish game named shinty or the Old English word scinu, meaning shin.

A party wasn’t called a bash until some time after 1901. This sense of bash grew out of an earlier slang expression meaning a drunken spree. Before that, bash made its noun debut in 1805 meaning a heavy blow after a long run as a verb meaning to strike violently, which started in the 1640s & came from Old Norse.

The 1932 meaning of rally, a gathering of automobile enthusiasts, comes from an earlier military meaning of rally, a regrouping for renewed action after a repulse, which came to English in the 1650s from the French word rallier, to unite again or reassemble.

The word jamboree is a bit of a puzzle. It’s been in use in English since 1866, meaning large gathering. Some etymologists think it may have come from the French word bourree, a rustic dance. Others suggest it may have Hindu roots. Some note that the term jambone was used in the game of cribbage when a player held the highest five cards available. No definitive assemblage of documents has surfaced to solve this puzzle.

When blowout first came to English in 1825 in meant a brewhaha or outburst. Since then blowout has come to mean an abundant feast or festive social affair. Blowout is constructed from blow, which comes from an Old English term meaning to move air combined with out, another Old English word meaning out, outside or without.

The word powwow, which today means council, conference or meeting, is an Algonquian word that initially meant shaman, Indian priest or medicine man. It comes from a word that meant to use divination, to dream. In the 1660s among English speakers it began to mean magical ceremony among natives, which led to its modern meaning.

A confab is a gathering of people for discussion. This term is a shortening of confabulation, a 1400s English word meaning talking together. Its root is the Latin word confabulari.

What do youhave to say about all these various words meaning a gathering?

Big thanks to this week’s sources: Wordnik, Etymonline, Merriam Webster, & the OED.

And big thanks to the two-person crowd of Anne R. Allen & Christine Ahern for suggesting the terms tilting, shock, & erasing to my growing list of archidioms.

Generally, a Wordmonger post offers up some information. This week, though, I’m hoping to turn the tables & collect information.

Lately I’ve become interested in turns of phrase that are still very much alive, yet no longer make literal sense because technology has changed and made these terms archaic, forcing them from the sensible, literal world into the figurative universe of idioms. I can’t find reference to this phenomenon, so I’ve taken the liberty of calling such terms archidioms (archaic + idiom).

It’s the rare TV or radio today that has a switch in need of turning, but we continue to turn on the TV & radio (or for that matter, turn them off). Though no turning is involved, we’ve held onto the phrase.

We used to grab the seat belts from the floorboards, lift them to our laps and buckle up. These days most of us reach up to find the seat belt, then pull it down in order to buckle up. Hmmm.

Though it makes no sense at all, after saying good-bye on our cell phones, we hang up the phone. And even on those phones we actually can hang up, how do we enter phone numbers? We dial.

When a distracted friend’s phone starts quacking, or singing “The Hallelujah Chorus” or “Jeremiah was a bullfrog” we ask, “Is your phone ringing?”

There have to be dozens more terms that used to make perfect sense, but have been forced into Idiomland due to the inexorable march of technology.

Good readers, please sort through your wonderful brains & leave any new archidioms in the comments section.
Posted by CS Perryess at 8:07 PM 4 comments:

I spent this last weekend with 1200 of my closest friends at the Society of Children’s Book Writers & Illustrators’ national conference in Los Angeles, where we heard dozens of industry luminaries speak. Here are a couple of quotes & related etymologies from the conference.

Those who’ve read her books know that when Ms Fox is breaking hearts in her books, even her youngest readers are in very good hands.  The word mend came to English from French in 1200, meaning to repair.

“A novel is a bullion cube of a writer’s sensibility.”

The word bullion came to English from Anglo-French in the early 1400s, meaning uncoined gold or silver. Its source may have been the Old French word for boiling or melting, boillier, or another Old French word bille, meaning stick or block of wood. 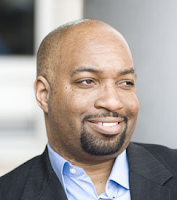 "Be naked. Be open. Be unafraid. Be real. Be authentic. Be incredible."

Whether you are a writer or non-writer, may you mend hearts, may your sensibilities be concentrated in whatever work you do, & may you have the bravery to embrace your literal or metaphorical nakedness.