The word mondegreen was coined by Sylvia Wright in 1954, meaning a series of words that result in the mis-hearing or misinterpretation of song lyrics, popular phrases or poetry.
Wright coined the word mondegreen after the imagined Lady Mondegreen, born of a line in Scottish ballad “The Bonny Earl o’ Moray” which reads Laid him on the green.

Below are some mondegreens. Read each one with the intent of discovering the original phrase or lyrics that led to this misunderstanding.

A. I led the pigeons to the flag
B. The ants are my friends, blowing in the wind
C. America, America, God is Chef Boyardee
D. There’s a bathroom on the right
E. The bright blessed day & the dog said goodnight
F. The girl with colitis goes by
G. She’s got a chicken to ride OR she’s got a tic in her eye
H. Rocket Man, burning all the trees off every lawn

Now check the comments section to see how you did & to make any comments you might be inspired to make.

Big thanks to friend Aaron Keating, for suggesting this week’s topic, & thanks to this week’s sources: Wordnik, About Education, University of Houston, & Merriam-Webster.
Posted by CS Perryess at 1:08 PM 7 comments:

Though we spell it meat, in Old English it was spelled mete & meant simply, food.  It came from a Proto-Indo-European mad-, meaning moist or wet. This same root turned into an Irish word meaning pig, a German word meaning sausage, two Sanskrit words (a noun meaning fat, & a verb meaning bubbling), plus a Latin adjective meaning drunk. 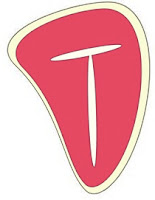 It wasn’t until 1300 that meat (or mete as it was spelled at the time) moved from meaning food to the more specialized meaning, edible flesh. In the next century or so, vegetables could be referred to in English as grene-mete.

It appears those prudish Victorians coined the term white meat, so that while discussing their meal, diners wouldn’t have to use racy terms like breast. The euphemism dark meat helped Victorians avoid equally racy terms like leg & thigh.

Some of meat’s etymological moments include:

And, of course, there are any number of meat idioms referring to sexual parts.

All starting with mad-

Please leave any meaty thoughts in the comments section.

Big thanks to this week’s sources: Etymonline, Wordnik, Merriam-Webster, & the OED.
Posted by CS Perryess at 4:01 PM 4 comments: 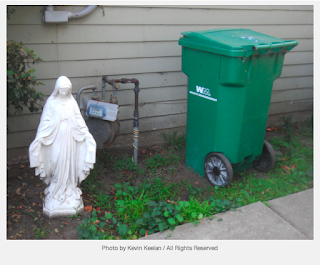 Big thanks to this week’s sources: KPKWorld, Etymonline, Wordnik, Merriam-Webster, & the OED.
Posted by CS Perryess at 4:15 PM 3 comments:

Somehow I ended up with an intriguing multi-volume dictionary, each slim volume detailing words associated with one of the seven deadly sins. This 2011 series is called The Deadly Dictionaries. This week’s post features words that appear in the volume titled Pride – a Dictionary for the Vain. May you enjoy the words, but avoid manifesting the meanings.

A person who is contumelious is scornfully arrogant or insolently abusive. The adjective contumelious came to English in the late 1400s through Old French from Latin.

Kvel (or kvell) came to English through Yiddish from a Middle High German word meaning to gush or swell. Those who kvel these days boast in an overly proud manner.

One who is fastuous is haughty, arrogant or ostentatious. Fastuous appeared in English in the 1600s from Latin.

Foofaraw is an excessive amount of decoration one heaps on oneself. The noun foofaraw was born in America in the 1930s. Etymologists haven’t nailed down its source, but some suggest it may have come from the Spanish word fanfaron, which means braggart.

Vain boasting can be called rotomontade, a noun that arrived in English about 1600. The word is based on the character Rodomonte in Arioso’s parody, Orlando Furioso.

In the 1580s the noun saucebox was born, meaning one who is addicted to making saucy remarks.

And we’ll finish up with some idioms meaning to boast:
-to swing the lamp
-to be puffed up
-to shoot a line
-to crow
-to draw the long bow
-to toot one’s own horn
-to think no small beer of oneself
-to fly the bunk
-to have cornstarchy airs

I’m hoping you have something to say about all this boastful vanity. If so, please leave a note in the comments section.

Big thanks to this week’s sources: Etymonline, Wordnik, Merriam-Webster, Pride – A Dictionary for the Vain (Adams 2011), & the OED.