As we start a new year, we typically hope it will be a good one. In my humble opinion, one way to make it a good year is to focus on our own expressions of genuine kindness.

Kindness is a big word. Its synonyms provide a little insight into the vast nature of kindness.

One who is compassionate expresses a propensity for sympathy & mercy.

Benevolence implies altruism, a charitable nature, the tendency to be looking out for others more than oneself, & a stalwart commitment to doing good.

One who is benign is gentle & mild.

Someone who is thoughtful is contemplative & encourages the well-being & happiness of others.

Those who have an innately kind disposition or character are said to be kindhearted or kindly.

One who is courteous shows gracious consideration toward others & displays good manners & etiquette.

One who is empathetic has the capacity to understand others’ points of view & can strongly identify with another’s situation & emotions.

Here’s to a new year filled with all the many facets of kindness.

Big thanks to this week’s sources Thesaurus.com, The 1959 Webster’s New World Dictionary, Wordnik, Merriam-Webster & the OED
Posted by CS Perryess at 7:20 PM 8 comments:

A Song for Christmas Eve

A Song for Christmas Eve

This evening marks the 101st anniversary of a remarkable event that took place in France during World War I. Known as the Christmas Truce, & celebrated in song and story, surging with a 1984 recording by folksinger, John McCutcheon.

Truce showed up in English in the 1200s, meaning treaty, covenant, or faith. It came from an Old English word that meant pledge, promise, faith or agreement, which came from a Proto-Indo-European verb meaning hope, believe, or trust.

The Christmas Truce was an unsanctioned agreement between German and British soldiers to cross into No-Man’s Land on Christmas Eve &/or Christmas day, where to quote McCutcheon’s song, “with neither gun nor bayonet, we met them hand to hand.” The men sang carols, shook hands, shared food, liquor & cigarettes, played soccer, & traded photographs of the people back home that they loved.

Based on a word meaning hope, believe or trust, the Chirstmas Truce offered exactly that to soldiers who’d spent the previous weeks huddling in muddy trenches, surrounded by the horrors of war. The generals in charge didn’t participate, but a lot of infantrymen did, and not all on that one Christmas Eve. Afterward, soldiers arranged follow-up unofficial truces as the war dragged on, so that all told, up to 100,000 soldiers took the opportunity to lay down their guns & celebrate peace.

Here’s a Christmas wish for more of the same in the very near future.

If you’ve got six and a half minutes & you’d like to hear John McCutcheon sing the song, you can do so here.

Peace to you all.

Big thanks to this week’s sources History.com, Eyewitness to History, Wordnik, Etymonline, & the OED

In this season of giving, why not take a look at the word give?

Give is a word that has been with English speakers for a very long time – actually, even before we had a language called English to speak. Give takes up a whopping seven and a half pages of the OED & has seventy-two meanings, both transitive & intransitive. Wow.

Give came from the Proto-Indo-European word ghabh-, which interestingly meant to have, to hold, to give & to receive. This means that every one of the original meanings of ghabh- can be associated with the holiday season.

Some intriguing bits of trivia:

-In Old English give started with a y & was spelled yiven (mostly). Nobody knows why, but it looks as though give’s Old Norse cousin gefa (give) influenced it enough to change that initial letter.

-The related word gift showed up in the 1300s. In Swedish, gift means poison.

-One of the earliest English meanings of gift was natural talent, inspiration

May this season of giving be very good to you. 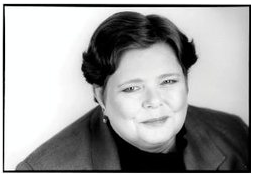 One of the many stunning authors born in December is Tamora Pierce, a writer of middle grade & teen fantasy. Her books introduce readers to fascinating, intelligent, strong, female protagonists. December 13 is her birthday, & we’ll celebrate by enjoying a few quotes from Ms. Pierce & her characters.

From her novel Lady Knight
Threats are the last resort of a man with no vocabulary.

From her novel Page
If arrogance were shoes, he'd never go barefoot.

From her novel Squire
Haven’t you ever noticed that people who win say it’s because the gods know they are in the right, but if they lose, it wasn’t the gods who declared them wrong? Their opponent cheated, or their equipment was bad.

From her novel The Woman Who Rides Like a Man
Men don't think any differently from women - they just make more noise about being able to.

From various interviews:
I'm of the Samuel Goldwyn school of writing: If you need to send a message, call Western Union.

I distrust any advice that contains the words 'ought' or 'should'.

Girls are 50% of the population. We deserve to represent 50% of the heroes.

You look as scary as a buttered muffin.

And from her story collection Tortall and Other Lands: A Collection of Tales
Without reading, we are all without light in the dark, without fire in the cold.

If you haven’t wallowed around in the fantasy worlds of Tamora Pierce, I highly suggest you put her on your reading list.

Big thanks to this week’s sources Dare to Be Stupid, The Atlantic, Goodreads
Posted by CS Perryess at 7:36 PM 3 comments:

Nothing like an etymological tour of arbitrary states of the USA. First was California, then Pennsylvania, and this week we’re off to Georgia.

The word jarhead, meaning US Marine, showed up first in print in 1985 in a biographical book about WWII. Interestingly, the word jarhead was in use much earlier. In the 1920s in the state of Georgia, jarhead meant mule.

Though other sources have been proposed, the most likely source of the word lulu heralds from the state of Georgia. 15-year-old Georgian vaudeville performer, Lulu Hurst, became a sensation in 1883. She could cause canes, umbrellas, or chairs held firmly by resolute audience members to move and shake (or so it seemed). Once her methods were discovered, she quit show business, even cancelling a vaudeville tour of Europe. Ever since, though, something amazing or remarkable can be referred to as a lulu.

Snake oil took America by storm in the late 1800s and early 1900s. Linguists aren’t certain where the term was first uttered, but it certainly made its way to Georgia. There appears to be little correlation with the remedy’s ingredients & its name, though records show many charlatans and barkers claimed it was made of rattlesnake oil. In Georgia, snake oil was said to cure rheumatism & gout, in Pennsylvania it was said to cure deafness, & in the states in between, it was said to cure pretty much everything in between.

From relative obscurity in an Atlanta, Georgia strip club in 2005, the word twerk became a national sensation. It could be argued that countless earlier dancers danced in a manner meant to simulate copulation, but the honor of introducing greater America to the term goes to The Ying Yang Twins. Before their big hit in 2005, the term was popular in southern hip-hop circles for at least ten years.

Much earlier in Atlanta (1886), Dr. John S. Pemberton invented Coca-Cola. The inspiration for the name came because the original ingredients were derived from cola nuts and coca leaves. Pemberton marketed his fizzy drink as a “brain tonic” and “intellectual soda fountain beverage”. An interesting non-Georgia related historic tidbit is that in 1950, the wine growers & communists of France joined together to attempt a ban on Coca-Cola, which was seen as both a threat to the French wine industry & an ugly example of American capitalism.

How about all these Georgia words? I hope you’ll leave a comment or two.

Big thanks to this week’s sources: Etymonline, Wordnik, Merriam Webster, & the OED.
Posted by CS Perryess at 7:19 PM 3 comments: